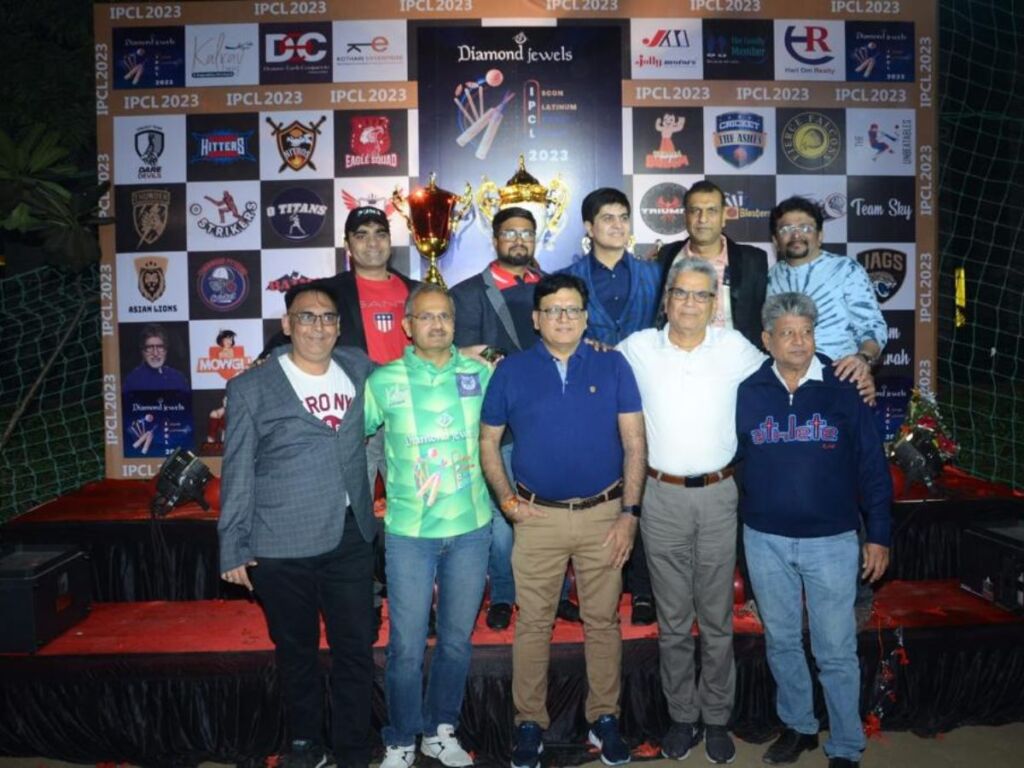 The Iscon Platinum Cricket League will see 41 teams compete with one another in 75 matches for the winner’s trophy.

Ahmedabad (Gujarat) [India], January 3: The Iscon Platinum Cricket League (IPCL) 2023, which will feature cricket matches between residents of Iscon Platinum, one of Ahmedabad’s landmark residential projects, got underway with a grand opening ceremony on Monday evening.

Sponsored by Diamond Jewels, IPCL 2023 will see 41 teams of different blocks of Iscon Platinum competing in cricket matches over 31days.

The competition will see the participation of Iscon Platinum residents across ages and genders. A total of 482 people will participate in the IPCL League 2023, of whom 104 are children, 50 are women, 26 are senior citizens, and the men number 302.

“We are pleased to present the Iscon Platinum Cricket League 2023. Cricket is the most popular game in our country and it is something that binds us all together. Iscon Platinum is a very close-knit community and we feel sports are a great way to strengthen the community feeling further. We witnessed enthusiastic participation from residents in the previous IPCL and we are confident that this season of the league will also become a big success,” said Mr. Jitubhai Thakkar Chairman of Iscon Platinum.

The beautiful winner’s trophies the teams and individuals are vying for were also unveiled at the inauguration ceremony of IPCL 2023 at the sports ground of Iscon Platinum. The matches will also be held on the same ground.

In addition to a large number of residents of Iscon Platinum, Hitesh Shah, proprietor of Diamond Jewels, was also present at the inauguration ceremony of IPCL 2023. The other sponsors of IPCL 2023 include Kalrav Farms, Dynamic Earth Compactors, Kothari Enterprise, Hariom Realty, The Family Member, and Jolly Motors.

Exciting and simultaneous live shows of IPCL 2023 have been organised for cricket fans to ensure a wider audience for the popular tournament.

Business
By News Radian BureauJanuary 3, 2023BusinessLeave a Comment on IPCL 2023 kicks off, nearly 500 residents to participate