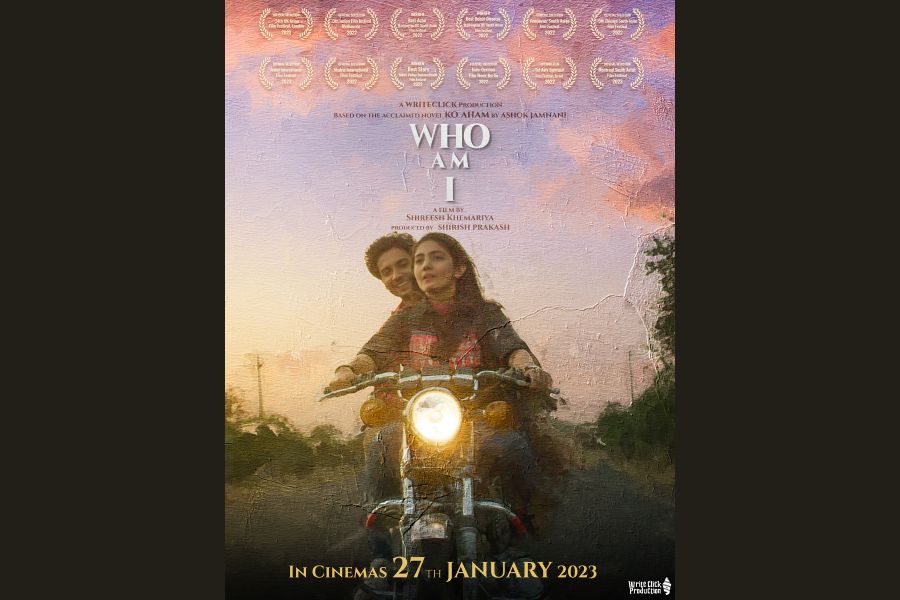 Mumbai, December 12: “Who am I” is all set for theatre release on 27th January 2023. The film is directed by Shireesh Khemariya and produced by Shirish Prakash. A philosophical drama film that revolves around Narmada parikrama. Narmada is the only river that has the tradition of being circumambulation from source to sea and back, this film celebrates the beauty of yatra and region and that’s the reason why this film is releasing on the auspicious occasion of Narmada Jayanti. This film is appreciated in international film festivals globally. Screened in festivals like the 24th UK Asian Film festival, Chicago South Asian film festival, and Washington DC South Asian film festival this film was also won for Best Actor and Best Debut Director, Spirit Film festival Israel, Indian film festival of Melbourne, Indo German Film Week Berlin and Vancouver south Asian film festival. One of the most versatile things about this film is that this entire film is executed by young crew members who all are below the age of 25. Another beauty of this film is that it is entirely shot in Madhya Pradesh and shows the untouched beauty of Madhya Pradesh.

The director of the film Shireesh Khemariya said that ‘Who am I’ is my humble attempt to pay tribute to and celebrate the cultures shaped and aided by the Narmada river. Entwining the vast landscapes of central India and the lives of the people surrounding the river, Narmada has deeply enriched the lives of many lost souls that come to the river to find themselves. He further added, ‘To commemorate the same, we are releasing the film on the occasion of Narmada Jayanti. ‘Who am I’ is the story of one such lost soul whose existential search leads him to embark into the depths of Indian philosophy, a subject that remains under-explored by Indian cinema. I am positive that people who enjoy exploring novel avenues of storytelling would appreciate this film’, he concluded. Apart from this, the producer of this film Shirish Prakash said that, ‘We decided to create “Who Am I,” a film about a lost soul attempting to rediscover him by delving deeper into the philosophical abyss. He wonders about his existence, what it’s like to perish, and what lies beyond death. The narrative makes an attempt to relate this idea to the Narmada River, which is regarded as the lifeline of the states of Gujarat and Madhya Pradesh. Thus, a young man’s adventure begins at The Narmada River’, he concluded.

Produced under the banner of Write Click Production, the movie stars Chetan Sharma, Surendra Rajan, Rishika Chandani and Shashie Verma. The story of this film is based on the critically acclaimed novel “Ko Aham” by Ashok Jamnani. He has also written screenplay and dialogue. The adapted screenplay and dialogue are penned by Kallol Mukherjee. The music & lyrics by Abhinav Singh, Cinematography by Shashank Virag and the sound is done by Jahnab Roy. The editor of this film is Saksham Yadav and the Production Designer is Dhwani Vora, the Art director is Garima Rana and the Background Score is by Abhinav Singh, Dr Hemendra Sharma & Jay tiwari were executive producers.

The post Who am I much appreciated in international film festivals globally is all set to release on Jan 27th 2023 appeared first on Republic News Today.

entertainment
By News Radian BureauDecember 12, 2022EntertainmentLeave a Comment on Who am I much appreciated in international film festivals globally is all set to release on Jan 27th 2023