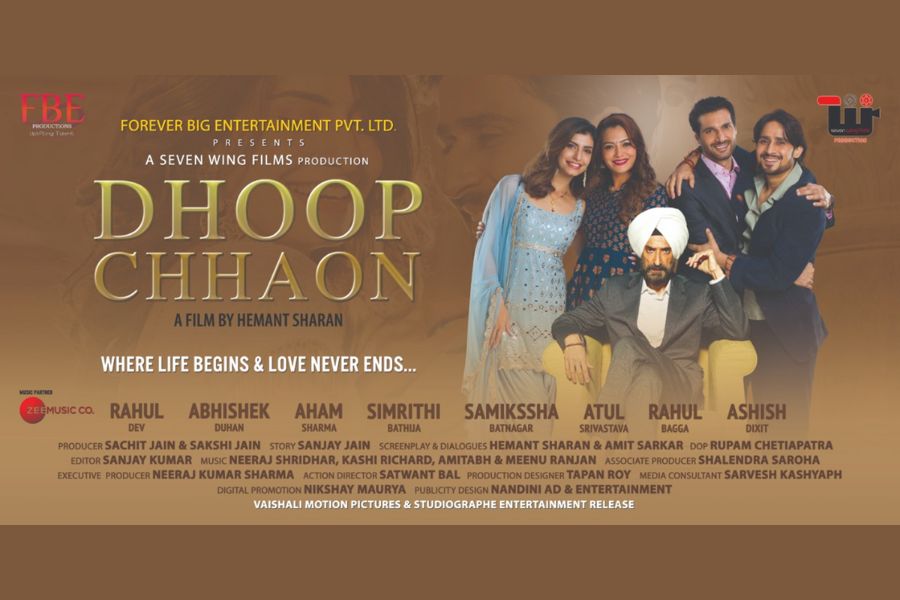 November 05: During the guest and media screening of the film, held at the Auditorium after a long gap, the entire hall was filled before the starting of the show. Rahul Dev, the bollywood star and playing a powerful character in this film, also remained with the film critics from the beginning to the end of the film along with the main characters of the film. All the actors, technicians and many film personalities associated with the film were present in this special screening of the film. By the end of the screening, almost everyone’s eyes were numb. The story of Dhoop Chhaon is based on family values, which presents the love, sacrifice and dedication of two brothers in such a way that binds you with the start to the climax of the story and characters. The film, which starts with the backdrop of the 1984 anti-Sikh riots, depicts the struggle of two brothers to fulfill their dreams by working hard but not allowing the family to disintegrate at any cost.

The story of this film is very close to reality.  Film Dhoop Chhaon is a story of two brothers who are deeply in love with each other and always try to keep their family under one roof. Many difficulties come in front of those two brothers, but how they manage to stick together, forms the crux of the film. Rahul Dev is in the role of a rich Sardar in this film. There is a lot of maturity and naturalness in his acting. After Rahul Dev, Abhishek Duhan is the USP of the film. He has done full justice to his character. His body language, dialogue delivery and acting ability are commendable. Aham Sharma also played his character well. The presence of Atul Srivastava has given life to the film while Samikssha Batnagar has done a great job in both positive and negative shades. The direction is also being praised a lot.

Why to watch Dhoop Chhaon?

If you are fond of family films that are clean and give a good message to the society, then you can watch this film.

Media Consultant are Sarvesh kashyaph & The film is distributed across India by Vaishali Motion Pictures and Studiographe Entertainments.

If you have any objection to this press release content, kindly contact pr.error.rectification[at]gmail.com to notify us. We will respond and rectify the situation in the next 24 hours.